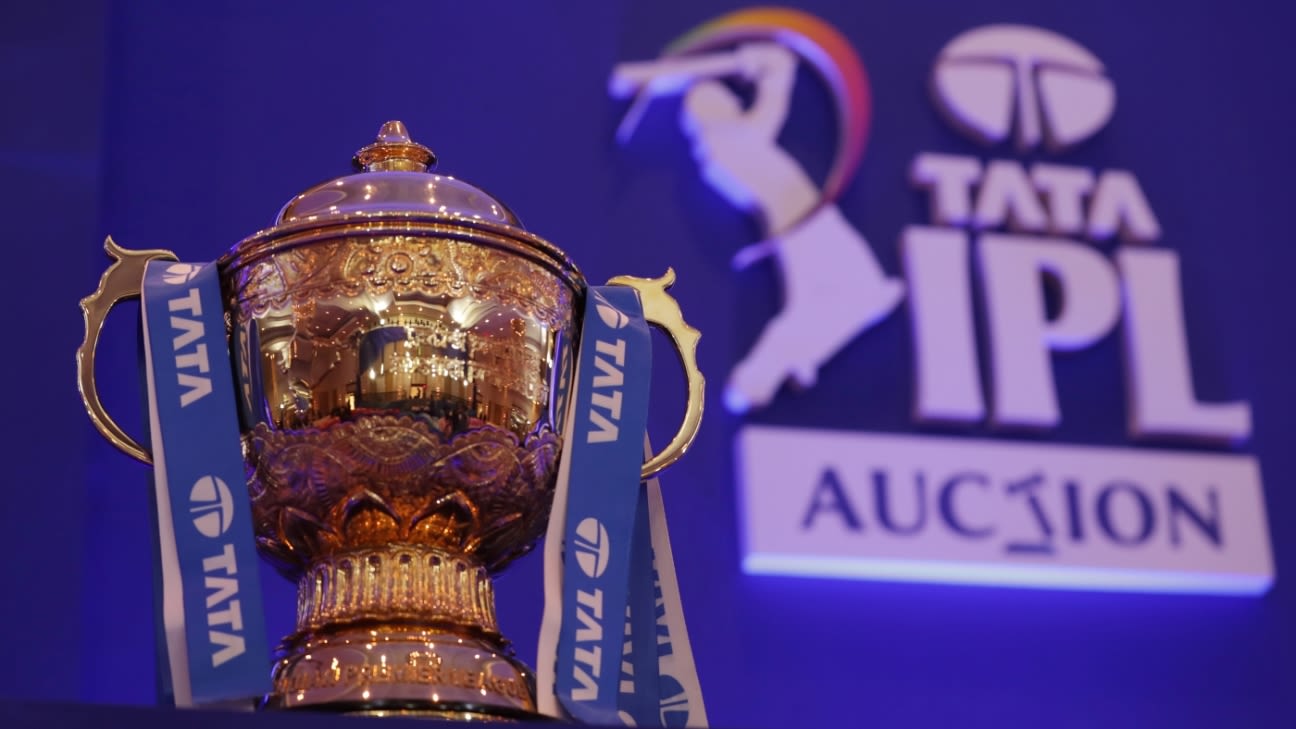 The IPL has started the process for the upcoming mini-auction by asking the ten franchises to submit their list of retained players by November 15. While a date for the auction has not yet been finalised, it is expected to be held in the third week of December.
Unlike the mega auction last year, when two new franchises were added and the old teams could retain a maximum of four players, there is no such cap for the mini-auction ahead of IPL 2023. In addition to the money left over from the previous auction, each team will have an additional INR 5 crore (approx. US $607,000) to spend, making the overall auction purse INR 95 crore (approx. US $11.5 million).
Punjab Kings had the largest purse left – INR 3.45 crore (approx. US $425,000) – after last year’s auction, while Lucknow Super Giants had exhausted their entire purse. Chennai Super Kings had INR 2.95 crore (approx. US $358,000) remaining, followed by Royal Challengers Bangalore (INR 1.55 crore, or approx. US $188,000), Rajasthan Royals (INR 0.95 crore or approx. US $115,000) and Kolkata Knight Riders (INR 0.45 crore, or approx. US $55,000). Defending champions Gujarat Titans were left with INR 0.15 crore (approx. US $18,000) while three teams – Mumbai Indians, Sunrisers Hyderabad and Delhi Capitals – had INR 0.10 crore (approx. US $12,000).
Despite franchises having smaller purses, mini-auctions have produced some of the most expensive buys in the past. At the 2021 auction, South Africa fast bowler Chris Morris became the most expensive player after Royals bought him for INR 16.25 crore (then approx. US $2.2 million), which was INR 25 lakhs more than Delhi’s winning bid for India allrounder Yuvraj Singh in 2015.
Overseas players have often been big earners at mini-auctions with Pat Cummins getting INR 15.5 crore from Knight Riders in 2020, while Ben Stokes’ first IPL pay cheque was INR 14.50 crore from Rising Pune Supergiant in 2017.
Stokes along with his England team-mate Sam Curran and Australia allrounder Cameron Green are some of the overseas players franchises expect to attract the biggest bids if they enter the auction.
Three teams – Kings, Capitals and Super Giants – bought only seven overseas players at the previous auction, so they could be on the lookout to fill up the last spot. Other teams could release one or more of their overseas players to create vacancies and increase their purses.
Also, six franchises had brought in injury replacements during IPL 2022. These franchises will have to decide whether to retain the replacement player or the original player, or both provided the player limit allows. Following is the list of players originally bought and their replacements:
Tags: India