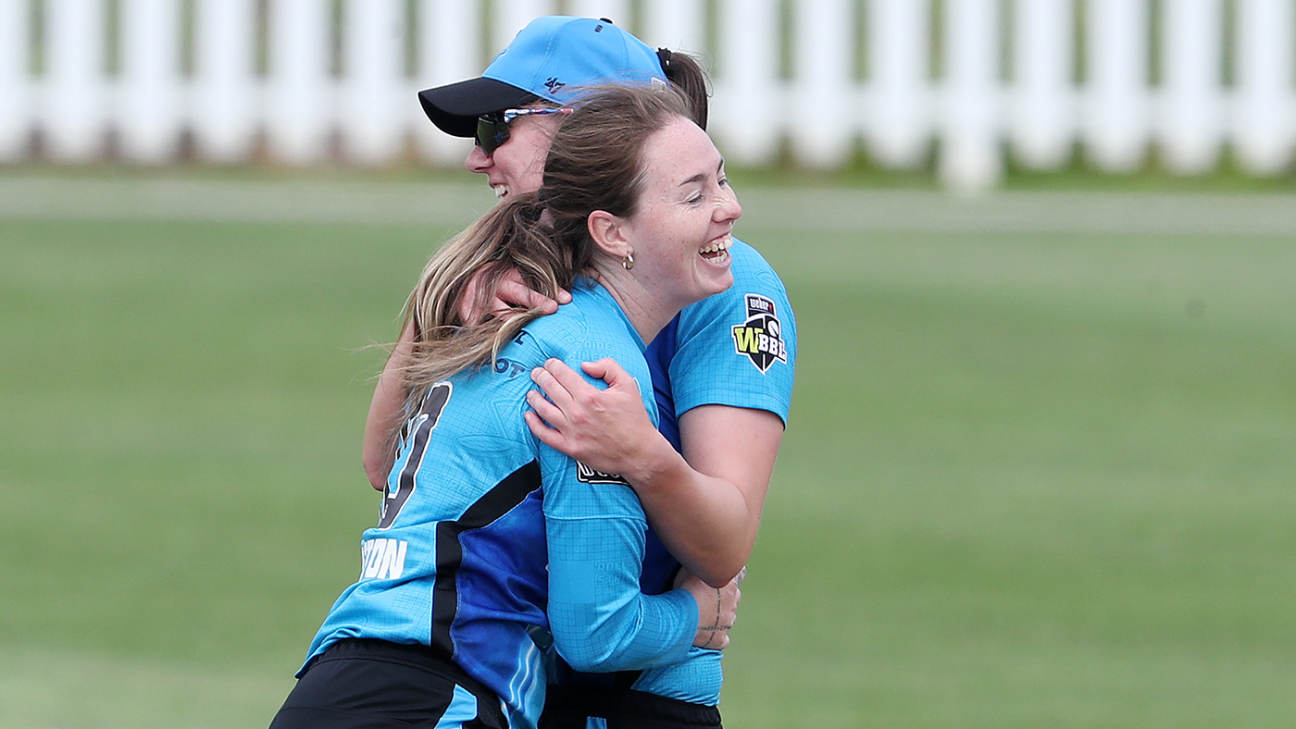 Adelaide Strikers 2 for 102 (Dottin 55) beat Melbourne Renegades 101 (Wellington 5-8)
Adelaide Strikers legspinner Amanda-Jade Wellington has equalled her own record for the WBBL’s best bowling figures in an eight-wicket win against the Melbourne Renegades.
Wellington claimed 5 for 8 at Adelaide’s Karen Rolton Oval – the same competition-best figures she recorded against Brisbane Heat in November last year.
Wellington’s stunning return came as the Renegades were bowled out for 101 in 19.5 overs.
She took three of her wickets in a four-ball span as Strikers banked a second victory from four games this tournament. Renegades remain in the mire with just one win from their four matches.
Only two Renegades batters reached double-figures – Carly Leeson top-scored with 35 from 33 balls and Courtney Webb made 29 from 37 balls. The pair featured in a 51-run partnership for the fifth wicket after the visitors crashed to 4 for 21 in the sixth over.
Leeson and Webb’s stand took the Renegades to 5 for 73 but after their fruitful partnership the Renegades’ last five wickets fell for only eight runs as Wellington cleaned up.
The star leggie was on a hat-trick in the final over of the innings after stumpings on consecutive balls dismissed Georgia Prestwidge and Ella Hayward.
Shabnim Ismail survived the hat-trick ball but was out on the next delivery to cap Wellington’s superb 3.5 overs.
Strikers then made light work of their run chase with their West Indian signing Deandra Dottin top-scoring with an unbeaten 55 – she belted two sixes and four fours in her 55-ball knock.
Dottin opened the innings and after the early loss of partner Katie Mack put on a 45-run stand with Laura Wolvaardt.
Tags: Adelaide Strikers Women, Amanda-Jade Wellington, Deandra Dottin, Melbourne Renegades Women, Renegades Wm vs Strikers, WBBL