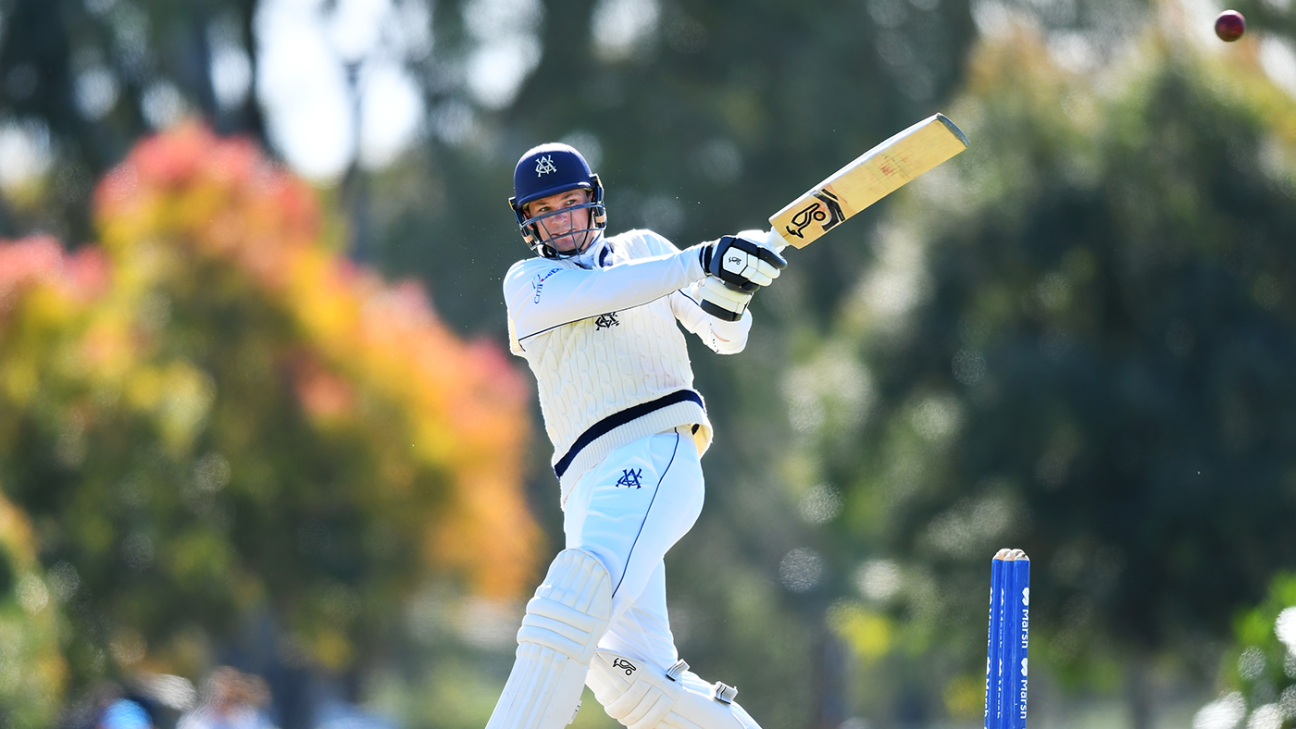 Victoria 4 for 446 (Handscomb 174*, Harris 111, Harper 77*) trail Western Australia 466 by 20 runs
If Victoria skipper Peter Handscomb earns a dream Test recall this summer, he should send a few Western Australia players a big thank you.
In reply to WA’s 466, Handscomb and Marcus Harris posted tons to lift Victoria to 4 for 446 at stumps on day three of the Sheffield Shield clash at Junction Oval.
Handscomb hasn’t featured in the Test team since 2019, while Harris played the last of his 14 Tests in January this year. Both players are in strong form and desperate to add to their Test careers.
Handscomb’s century on Wednesday follows on from his ton against South Australia earlier this month, but it was aided by a fair chunk of luck. The 31-year-old was on 41 when Cameron Bancroft dropped a tough chance low to the ground at backward square leg.
The star batter was lucky not to be stumped on 58 and next ball Handscomb was gifted another reprieve when Corey Rocchiccioli dropped an easy looping opportunity at mid-wicket.
Handscomb, the leading Shield run scorer from last season, made the most of the let-offs to post his 19th first-class century.
He brought up his 150 late in the day and was given another life shortly after when an airborne Hilton Cartwright couldn’t hang on to what would have been one of the catches of the season.
Harris started the day on 67 and he brought up his century with a glorious drive in a ton that featured 14 fours and one six. It continued a purple patch for the former Test opener, who posted scores of 85 and 42 in Victoria’s draw against South Australia earlier this month.
WA paceman Joel Paris went off injured during his 19th over with a hip complaint and is no guarantee to bowl on day four. Jhye Richardson worked hard all day without reward in his first Shield appearance of the season.
WA breathed some life into the contest during the middle part of the day by snaring three quick wickets, resulting in Victoria slipping from 1 for 225 to 4 for 278.
Bancroft inspired the mini collapse by taking a superb one-handed catch at short mid-wicket to end the innings of Harris. Aaron Hardie claimed his second scalp when Nic Maddinson fell for 2 and the WA allrounder pulled off a sharp catch at slip to dismiss Matt Short for 17.
But Handscomb’s early reprieves came back to haunt WA as the star Victorian took the game away from the visitors.
Tags: Marcus Harris, Peter Handscomb, Sheffield Shield, Victoria, West Aust vs Victoria, Western Australia