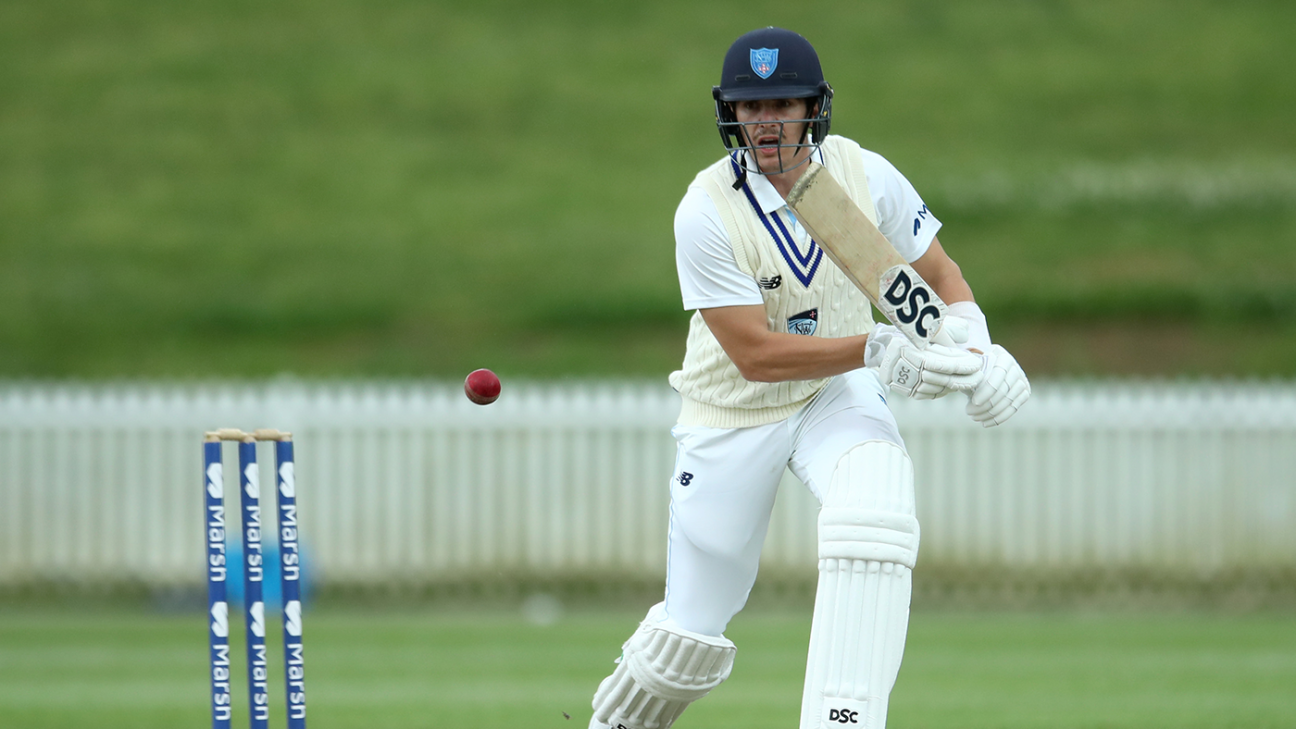 New South Wales 9 for 246 (Gilkes 72, Abbott 62, Swepson 3-53) vs Queensland
A defiant sixth-wicket partnership by Sean Abbott and Matthew Gilkes has got New South Wales back in their Sheffield Shield match against Queensland after the Bulls started the day on top.
The Blues finished a day interrupted by rain at Sydney’s Drummoyne Oval on 9 for 246 after slumping to 3 for 16 early.
NSW were again in deep trouble after lunch at 5 for 101 when legspinner Mitchell Swepson dismissed captain Kurtis Patterson and stalwart Moises Henriques in quick succession. The delivery to remove Patterson was a classic leggie that gripped and spun into the left-hander and through the gate.
Allrounder Abbott and Gilkes then came together to thwart the Bulls attack in an aggressive 102-run partnership. They took 17 off one Matt Renshaw over before Gurinder Sandhu removed Abbott and Baxter Holt within nine deliveries.
Mark Steketee teamed with new-ball partner Michael Neser to put early heat on NSW’s batters. Neser struck with the fourth ball of the innings, trapping Daniel Hughes lbw for a duck when the opener prodded forward to a fullish ball.
Steketee then removed Blake Nikitaras for 1 when he edged to fourth slip where Neser took the catch.
He soon claimed another victim when Jason Sangha, also on 1, pushed forward defensively and nicked to Joe Burns at second slip to leave NSW 3 for 16 in the 10th over.
Tags: Matthew Gilkes, Mitchell Swepson, New South Wales, NSW vs Queensland, Queensland, Sean Abbott, Sheffield Shield