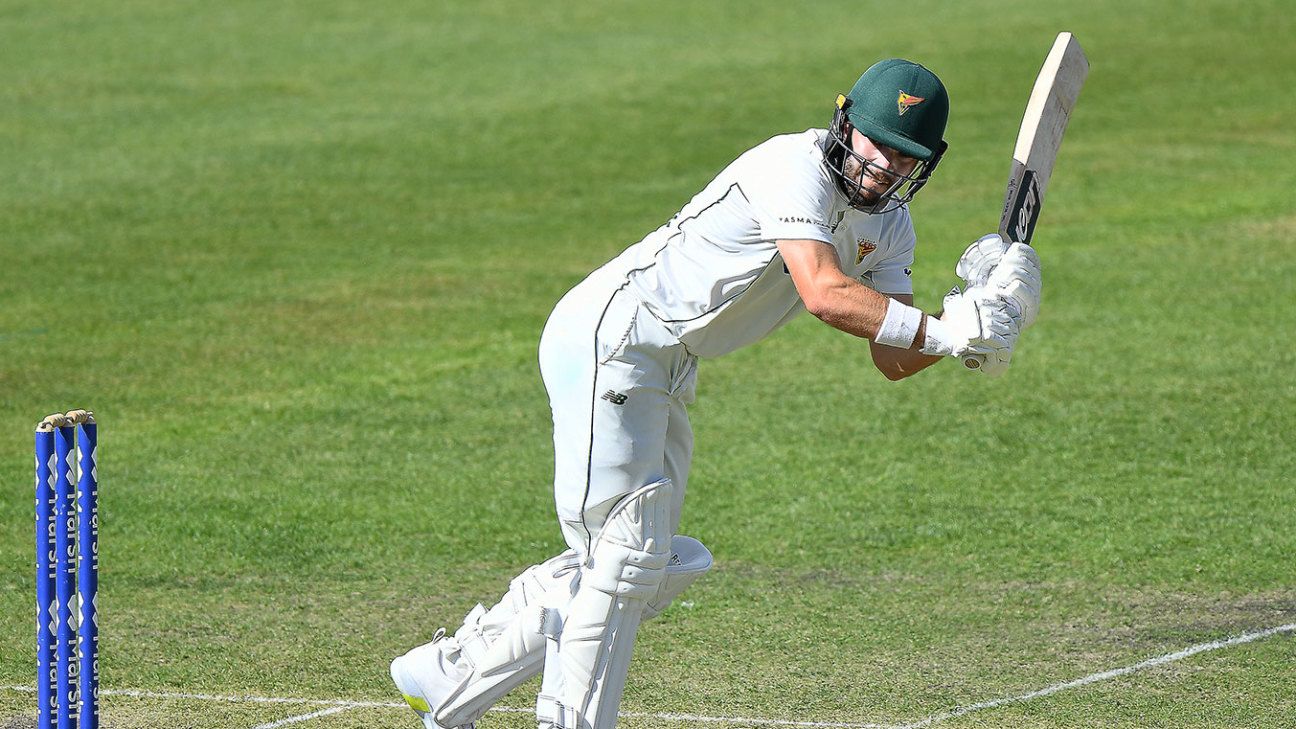 Tasmania 245 for 3 for 235 beat South Australia 227 and 252 by seven wickets
Caleb Jewell inspired Tasmania to a seven-wicket victory in their Sheffield Shield clash with South Australia at Adelaide Oval.
Tasmania started the final day at 0 for 104 in their pursuit of 235, but the loss of Tim Ward, Jake Doran and Ben McDermott during the morning session on Wednesday saw the visitors slip to 3 for 164.
Jewell kept his cool to guide Tasmania over the line, with Jordan Silk there in support.
Related
Ward fell on the sixth ball of day four when he edged Wes Agar behind. Jake Carder took an excellent diving catch while running with the flight of the ball to remove Doran, and McDermott fell a short time before lunch.
Jewell dug in to ensure there would be no late wobbles, with the 25-year-old notching his century in fine style by pulling Agar for six.
Veteran paceman Peter Siddle was crucial in Tasmania’s victory, returning the excellent figures of 4 for 51 and 4 for 45.
Tasmania’s win marked a huge turn around from their season-opening flop, when they lost to Queensland by an innings and 172 runs.
Tags: Caleb Jewell, Peter Siddle, Sheffield Shield, South Aust vs Tasmania, South Australia, Tasmania