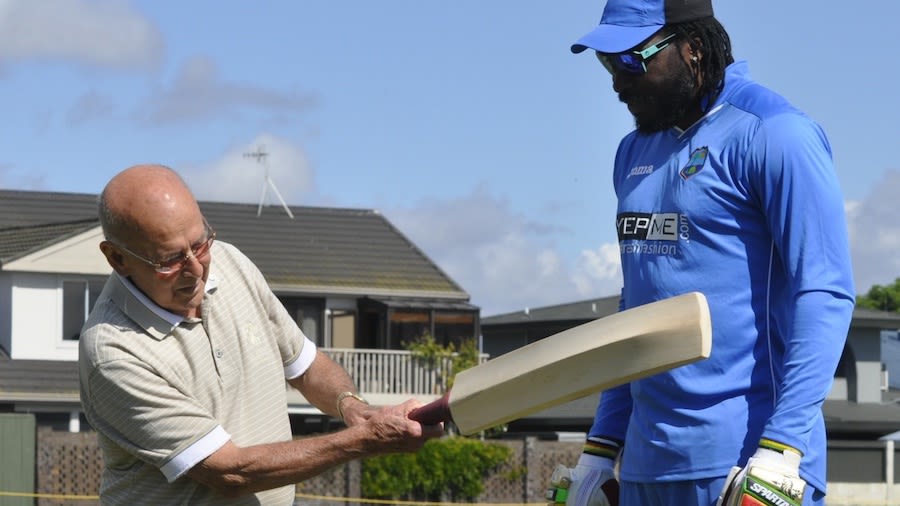 Bruce Pairaudeau, the former West Indies and Northern Districts batter, has died aged 91.
Pairaudeau, who was born in British Guiana in 1931, played 13 Tests for West Indies between 1953 and 1957 alongside Frank Worrell, Everton Weekes and Alf Valentine. He fell in love with New Zealand on a tour to the country in 1956. After emigrating to New Zealand, he captained Northern Districts to their first Plunket Shield title in 1962-63 before retiring from domestic cricket in 1966-67.
Pairaudeau had made his debut for Guiana in 1947 at the age of 15 and scored his maiden hundred the following season. He then scored a century on Test debut against India in Port of Spain in 1953, but in 20 further innings he only got into double figures six times. He finished with an overall 454 runs in 13 Test matches at an average of 21.61.
Related
More recently in 2015, Pairaudeau and his friend drove from Hamilton to Napier to watch the visiting West Indies team train.
“We heard a West Indian voice and when I looked at who it was, I thought it might be Bruce Pairaudeau. We knew he lived in New Zealand but we didn’t know he was coming over,” Philip Spooner, West Indies’ media manager, told ESPNcricinfo at the time “All the guys just loved meeting him.”
Pairaudeau is survived by son Jeffrey and three grandchildren.
Tags: Bruce Pairaudeau, New Zealand, Northern Districts, West Indies